Ogre is a Clojure wrapper for the Gremlin graph traversal language of Apache TinkerPop™. This documentation assumes that its audience has an existing knowledge of TinkerPop concepts and the Gremlin language syntax. 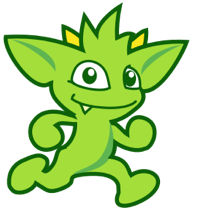 Orge artifacts are released to Clojars. Maven users should add the following repository definition to your pom.xml:

In Ogre this traversal is written as:

The flow of Ogre maps quite naturally to that of Gremlin written in Java and this approach is quite typical of Ogre in most cases though there are a few areas of minor step naming differences to be better in line with Clojure.

Gremlin is commonly used in the Gremlin Console which is a Groovy-based REPL. Gremlin is quite at home in that style of environment so this documentation will be make heavy use of the Clojure REPL to explain Ogre usage.

Note that TinkerGraph was imported as a sample graph for purpose of this documentation, but obviously any TinkerPop-enabled graph would suffice.

Unless otherwise noted, the code in the following sections will assume that the REPL was initialized as shown above.

Getting a Graph Instance

In the above example open-graph takes a Map of arguments which is the configuration object that GraphFactory accepts in its openGraph() method. Obviously, it would also be possible to simply instantiate the TinkerGraph directly as follows:

While the second method is more straightforward it is specific to TinkerGraph. Not all Graph instances will be instantiated that way. Unless otherwise noted, this documentation will focus on traversals that work with the modern graph which is a small sample dataset that is provided by TinkerPop. This data can be loaded into the graph instances as follows:

For purpose of this documentation and experimentation all of the above could be simplified to:

With a Graph instance and some data in place it is now possible to execute some traversals. As with Gremlin, Ogre needs a TraversalSource object. A basic TraversalSource can be constructed with:

The familiar g becomes the cornerstone of traversing that Gremlin users are familiar with. Consider the following Gremlin Java based traversal:

The above traversal can be written in Ogre as:

The traverse function takes a TraversalSource and the sequence of traversal steps that make up the traversal. There are two important things to note. First, property keys can be specified as a string, as in "name" or as a keyword :name. The latter can be a bit nicer in Clojure. Second, the statement is concluded with a terminator, in this case (into-seq!) which iterates the traversal into a Clojure sequence. There are a number of such terminator functions available including:

The point with these terminators is that just like Gremlin in any other language, Ogre does not iterate a Traversal for you. It is an Iterator ultimately and it is up to the developer to decide how it should be treated.

The previous example showed that Ogre can use keywords for property keys, but they can be also be used in other areas as well:

Gremlin has a number of steps all of which are supported by Ogre. As the documentation of Ogre grows it may come to cover all of those steps, but for now it will be best to look at the Ogre unit tests when syntax isn't clear. As Ogre implements the TinkerPop Process Test Suite, it will always have a complete body of examples to examine.

The version scheme for Ogre is as follows: [Full TinkerPop version].[Ogre major version]. Philosophically, releases of TinkerPop will typically trigger releases in Ogre. Ogre is a mere wrapper around that body of work and the version scheme acknowledges that dependency directly. Thus, an Ogre release of 3.2.4.2, would mean that the current release uses Gremlin 3.2.4 and has undergone two major versions itself so far since release.

Tell Us What You Think!

Let us know what was unclear or what has not been covered. Reader feedback is key to making the documentation better.